When Mary Swan is working on a story, she avoids reading fiction. As a result, she has a long list of books she’d like to read. Her forthcoming novel, My Ghosts, released this summer, has certainly made many to-read lists. The novel follows one family through 150 years – from the Scottish orphans who set out to build a new life in Canada to modern-day Clare who lives with the ghosts of a past that she cannot name.

Mary was born in 1953 and started writing short stories when she was 20 years old. She graduated from York University and has worked as a librarian at the University of Guelph.

In 2001, her short story “The Deep” won the O. Henry Award and was published in 2002 as a stand-alone novella by The Porcupine’s Quill. The following year, she published Emma’s Hands, her first collection of short stories.

Mary’s first novel, The Boys in the Trees, started out as a short story and slowly evolved into a series of linked stories.

“It’s not a straightforward novel, and if there are rules, I’ve probably broken every one, but for me at least, the different parts do make some kind of satisfying whole,” said Mary in an interview with online magazine Novel Rocket.

The Boys in the Trees was shortlisted for a 2008 Giller Prize.

“Yet with its forceful observations and willed ambiguities, this challenging and often beautiful book can be as unsettling – and sometimes as maddening – as a long look in the mirror,” writes Susann Cokal in the New York Times.

Mary lives and writes in Guelph, ON. 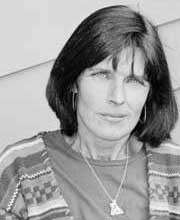 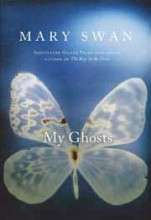