Maureen Garvie’s most recent young-adult novel, Amy by Any Other Name, concerns issues of identity and a young woman’s self-determination, revealed through a bizarre, engrossing tale of mind-switching between two girls involved in near-death accidents.

Maureen’s experiences as a secondary school librarian and teacher of English and drama give her extraordinary insight into the lives and thoughts of young people and inform her YA novels. She is the author of Lake Rules, co-author (with Mary Beaty) of the YA historical novel, George Johnson’s War, and has written two nonfiction books — Adjust Your Set and Their Leaven of Influence: Deans of Women at Queen’s University.

Born in Kingston, Ontario, Maureen has lived in Toronto, London, Ontario, the UK and New Zealand. For several years, she wrote for the Kingston Whig-Standard. She served as the paper’s book review editor and also as editor of the Whig-Standard Magazine. She has reviewed fiction for Books in Canada and Quill & Quire and currently teaches academic writing at the Queen’s University Writing Centre. She also works as an editor for McGill-Queen’s University Press. 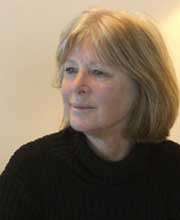