A genre-busting nonfiction novel, The Convict Lover was a finalist for the Governor General’s Award for nonfiction and has since become a creative nonfiction classic, chosen as one of the top ten nonfiction books of 1996 by the Globe and Mail, Quill & Quire Magazine, Elm Street Magazine and Maclean’s. Translated into Chinese, Japanese, and German, it was adapted for the stage by the Kingston Summer Theatre Festival, premiering at Theatre Passe Muraille in Toronto in 1998. Scenes from the book were recently dramatized for a CBC documentary, Tales from KP, aired on Hotdocs on December 6. And in 2014, The Convict Lover will premier with Theatre Kingston in a new play written by Judith Thompson.

Merilyn has published a collection of autobiographical stories The Lion in the Room Next Door, a novel The Holding, selected as a New York Times Editors’ Choice, a travel memoir Breakfast at the Exit Café, cowritten with Wayne Grady, a memoir of her garden A New Leaf, and most recently, a collection of flash
fiction, The Paradise Project.

In 2009, Merilyn gathered a team of dedicated book lovers to revamp and professionalize Kingston WritersFest. Since then, under her guidance and vision as Artistic Director, it has grown to become one of Canada’s best literary festivals, nationally and internationally renowned for its provocative programming and intimate engagement between authors and audience. She will retire at the end of 2013 to devote herself primarily to writing, staying on with WritersFest as Fund Development Manager and Consultant. 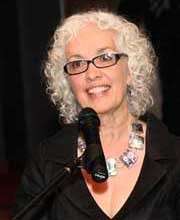 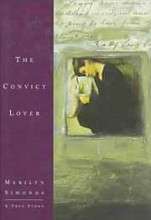