Merilyn Simonds made her literary debut with The Convict Lover, which was hailed as a “tour de force” by reviewer Sandra Gwyn.

The Convict Lover was a finalist for the Governor General’s Award for non-fiction and has since become a creative non-fiction classic, chosen as one of the top ten non-fiction books of 1996 by The Globe and Mail, Quill & Quire Magazine, and Maclean’s. Translated into several languages, it is being adapted for the stage by award-winning playwright Judith Thompson for Theatre Kingston in 2015. A previous adaptation premiered at Theatre Passe Muraille in 1998. Scenes from the book were dramatized for a CBC documentary, Tales from KP.

Merilyn has since published a collection of autobiographical stories The Lion in the Room Next Door, a novel The Holding, selected as a New York Times Editors’ Choice, a travel memoir Breakfast at the Exit Café, co-written with Wayne Grady, a memoir of her garden A New Leaf, and most recently, a collection of flash fiction, The Paradise Project.

An inspired and inspiring leader, Merilyn is Founding Artistic Director of Kingston WritersFest, serving in that capacity for five years. The Festival under her leadership grew to become one of Canada’s most renowned and popular literary festivals. 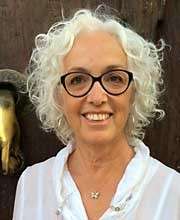