Merrily Weisbord is an enormously versatile writer, filmmaker and broadcaster whose books include Dogs with Jobs (based on the hit TV series that she co-created) and The Valour and the Horror: The Untold Story of Canadians in the Second World War (co–authored with Kingston WritersFest Artistic Director Merilyn Simonds)— highly controversial book and CBC series that examined the implications of war.

As a former investigative reporter, Merrily is unafraid to tackle complex questions, whether they be political or psychological in nature. For example, The Strangest Dream: Canadian Communists, the Spy Trials, and the Cold War has been called one of the most eloquent books ever written about Canadian Communism. And in Our Future Selves: Love, Life, Sex, and Aging she takes us on a fascinating and compelling journey through the literature, science and everyday experience of aging.

But she took on a project of a very different kind when she became fascinated by the work of East Indian poet and memoirist Kamala Das. One of India’s most beloved and controversial feminists and literary figures, Das was both hailed and reviled when she dared to challenge many of India’s taboos around sexuality.

Merrily flew from her home in Montreal to meet Das, and the result was a decade–long friendship (Das died in 2009) and a remarkable book, The Love Queen of Malabar: Memoir of a Friendship with Kamala Das. Part suspense story, part homage and part conversation between two strong–minded women, the book relates the dramatic events of Das’s notorious life, including the scandal she caused when she abandoned celibacy at the age of sixty–seven and converted to Islam so she could marry a Muslim man.

Praised as a tour de force that reads like a well–crafted novel, The Love Queen of Malabar was a finalist for the Writers’ Trust Non–Fiction Prize and for the Charles Taylor Prize for Literary Non–Fiction. 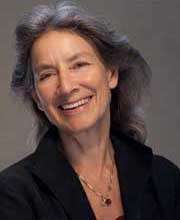 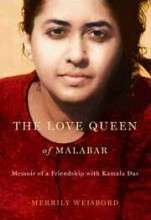