Michael Crummey appears at Kingston WritersFest as something of a hometown boy. Though born and raised in Newfoundland, he came to Queen’s University in 1988 for graduate studies and stayed on to become a writer. He was the inaugural recipient of the Bronwen Wallace Award for Poetry for young, unpublished writers in 1994. His first book of poems, Arguments with Gravity, appeared two years later. Like almost every book to follow, it promptly garnered a prize, the Writers’ Alliance of Newfoundland and Labrador Book Award for Poetry. A second collection, Hard Light, was short-listed for the Milton Acorn People’s Poetry Award.

By 2001, Michael was completing River Thieves, a powerful story of conflict between European settlers and the Beothuk in Newfoundland. That debut novel coincided with his return to the Rock. “The joke was when I returned I was going to write a book set on the mainland,” he says, “because while I was away all I wrote about was Newfoundland.” But Newfoundland has remained central to his writing: “Whatever washes up on the beach gets cobbled in together with everything else.”

His second novel, The Wreckage, was again a national bestseller and internationally a critical success – “deservedly so,” says Steven Galloway in The Globe and Mail – but Michael’s third novel, Galore, “blew them out of the water.” Galloway describes Galore as the Newfoundland equivalent of Gabriel García Márquez’s One Hundred Years of Solitude, though Crummey’s Paradise Deep is far too real for magic realism.

Michael presented Galore at our first Kingston WritersFest in 2009. He returns this year as a poet with Under the Keel – his first collection in a decade. As a poet, as well as a novelist, he continues to explore the rich heritage and contemporary nuance of his home province with poems about love and marriage and airport grief; how not to get laid in a Newfoundland mining town; total immersion baptism; the grand machinery of decay; migrant music and invisible crowns and mortifying engagements with babysitters; and the transcendent properties of home brew.

Michael lives in St. John’s, where marriage, children, a dog, a woodstove, and a strong writing community continue to nourish a remarkable talent. His work has won the Timothy Findley Award, the Thomas Head Raddall Award, the Winterset Award for Excellence in Newfoundland Writing, the CAA Literary Award, and the Atlantic Independent Booksellers’ Choice Award and has been shortlisted for the Giller Prize, the Commonwealth Writers’ Prize, the Books in Canada First Novel Award, and the IMPAC Award. 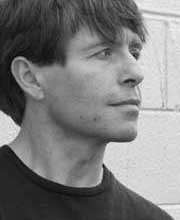 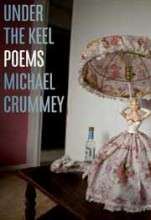