“I have a very strong sense that what makes Newfoundland… unique, what’s different about us,” says Michael Crummey, “is the stories we have, of what we came from and what we are. It’s an unbelievably rich tradition.”

Michael Crummey was born and raised in Newfoundland, though he’s secured his status as honorary local following a spell in Kingston as a student and writer, during which time he was the inaugural recipient of the Bronwen Wallace Award for Poetry. His first poetry collection won the Writers’ Alliance of Newfoundland and Labrador Book Award for Poetry; his second was short-listed for the Milton Acorn People’s Poetry Award. His fiction novels are equally acclaimed: Galore won the Canadian Authors Association’s Fiction Award, the Commonwealth Prize, was short-listed for the International IMPAC Dublin Award and the Governor General’s Award. Sweetland was a finalist for the Governor General’s Award, and River Thieves was a finalist for the Scotiabank Giller Prize.

This year Michael returns with the new novel The Innocents, a heartbreaking and richly imagined tale set on an isolated cove on Newfoundland’s northern coastline. The novel follows the lives of an orphaned brother and sister as they struggle with hardship, survival, and the limits of familial loyalty.

Appearing in: 2. An Evening with Michael Crummey 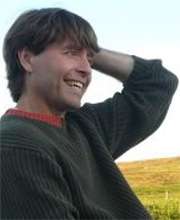