Michael Crummey’s new novel, Galore, is a sprawling and intimate, stark and fantastical narrative about the power of stories. His most ambitious and accomplished work to date, this intricate family saga provides a portrait of the improbable medieval world that was once rural Newfoundland — a place almost too harrowing to be real. Remote and isolated, exposed to savage extremes of climate and fate, the singular characters of Paradise Deep persist in a realm where it is impossible to distinguish the line between the everyday and the otherworldly.

Michael was born in Buchans, a mining town in the interior of Newfoundland. He grew up there and in Wabush, another mining town near the Quebec border of Labrador. After completing a B.A. in English at Memorial University, he moved to Kingston to pursue graduate work. Much of his writing centres on the rough poetry of life in his home province, where he now lives.

Michael has published a collection of stories, Flesh and Blood, and two novels. River Thieves was shortlisted for the Scotiabank Giller Prize and a finalist for the Commonwealth Writers’ Prize. His second novel, The Wreckage, was nominated for the Rogers Writers’ Trust Fiction Prize and the IMPAC Dublin Literary Award. 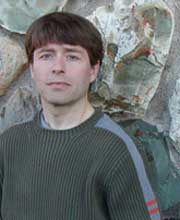 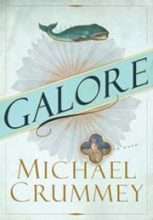