As co-founder of the White Ribbon campaign, which encourages men to take the “pledge to never to commit, condone, or remain silent about violence against women and girls,” Michael Kaufman situates himself at the centre of one of the most heated issues in contemporary society.

Dubbed “essential reading for the 21st century” by one reviewer, his most recent book, The Time Has Come: Why Men Must Join the Gender Equality Revolution, is a call for men to mobilize in support of gender equality. Michael explores topics ranging from domestic violence to parental leave, demonstrating how real gender equality benefits everyone personally and globally.

After earning a PhD in Political Science from the University of Toronto, Michael taught from 1979-92 at York University. He brings his extensive experience as an educator and theorist to bear on the issue of gender violence.

In 2017, Michael was awarded Canada’s Meritorious Service Cross. He has worked with many UN agencies, and other non-governmental organizations, including OXFAM, and was the sole male member of the G7 Gender Equality Advisory Council. He is the author of eight non-fiction books and two novels, including the award-winning The Possibility of Dreaming on a Night Without Stars.

Appearing in: 33. The Time Has Come: Achieving Gender Equality 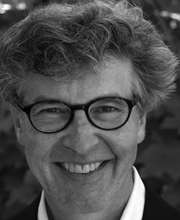