Few poetry collections are as ambitious—or successful—as Bloom, Michael Lista’s stunning debut. Bloom tells the story of Canadian physicist Louis Slotin, who died following an accident incurred while he was working on the Manhattan Project. Thematically and stylistically daring, each poem in the collection takes another famous poem as source material and model, adapting elements of its structure, voice, or theme to further the narrative.

It’s a risky strategy, but in Bloom, it works. “Standing on the shoulders of giants, Lista has moved the great conversation forward,” says Nigel Beale in The Globe and Mail. “The pleasure and challenge of reading this book lies in trying to figure out how he does it.”

Michael’s poetry and essays have appeared in The Walrus, Maisonneuve, The Malahat Review, Arc, Descant, Canadian Literature, and Border Crossings. Recently, his work was included in the companion book to Guy Maddin’s film My Winnipeg. He has been a finalist for a National Magazine Award, the Arc Poem of the Year Prize, The Malahat Review Long Poem Prize, and the Descant/Winston Collins Prize, and he has been shortlisted twice for the Pushcart Prize.

A former resident of Montreal, Michael now lives in Toronto, where he is poetry editor of The Walrus and writes a monthly column on poetry for the National Post. 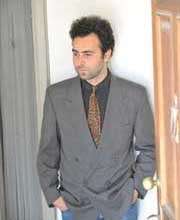 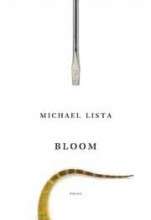