A recent article in The Globe and Mail opens with the question, “Is Michael MacMillan a modern-day Don Quixote?” Tilting at windmills with great energy and remarkable success, Michael is a CEO, author, philanthropist, activist, and entrepreneur. He has founded numerous businesses, and is a partner in Closson Chase, a 15-year-old winery based in Prince Edward County.

Michael co-founded Oscar-winning film production company Atlantis Films in 1978. Previously, the executive chair and CEO of Alliance Atlantis Communications, he is currently the CEO of Canadian-based company Blue Ant Media. The name of the company, says Michael, is “a nod and a wink of appreciation” to British Columbia SF writer William Gibson, whose books include a media company of the future called Blue Ant.

He is most recently co-author of Tragedy in the Commons: Former Members of Parliament Speak Out About Canada’s Failing Democracy, with Alison Loat.

“I use the metaphor of ‘body politic,’” says Michael. “Canada’s a great country. We have so much to…feel lucky about. It’s not like the country is collapsing around us.

“But a healthy body is one that is exercised regularly, has a proper diet, continuously goes for checkups. Just because you’re in shape, you don’t say, ‘Great, I’m going to eat chocolate cake three times a day.’ No! You go back to the gym. Democracy takes constant attention.”

Michael is the recipient of the Gold and Diamond Jubilee Medals for service to Canada. He and Alison Loat co-founded the think tank Samara in 2009. 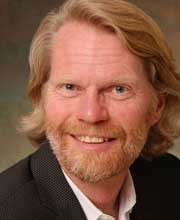 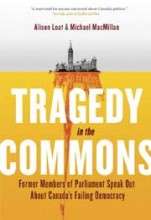