Michael Ondaatje’s much anticipated sixth novel The Cat’s Table received early and emphatic critical acclaim. “It is, in the most etymological way, a wonderful novel – one full of wonders,” writes The Telegraph’s Philip Hensher.

In the story, an eleven-year-old boy, on his way from the subcontinent to England, is relegated to the lowly Cat’s Table, from where he studies an eccentric group of grown-ups. Ondaatje unfolds a spellbinding and layered tale about the magical, often forbidden discoveries of childhood and the burdens of earned understanding. Despite the fact that the boy is named Michael and the novel describes events that are strikingly similar to Michael’s own seafaring migration to Great Britain, The Cat’s Table is neither memoir nor autobiography, but a profound exploration of how we become who we are.

Ondaatje’s work has influenced a generation of readers and writers. He began as a poet, winning the Governor General’s Award for The Collected Works of Billy the Kid (1970) and There’s a Trick With a Knife I’m Learning to Do (1979). In 1976, he turned to prose, making his debut as a novelist with Coming Through Slaughter, and continuing with In the Skin of Lion, The English Patient (which won the Booker and was made into an Academy Award-winning film) Anil’s Ghost, and Divisidero. In all, he has written 13 books of poetry and 6 novels. He also edited the highly influential anthology of Canadian short stories, From Ink Lake. For almost three decades, Ondaatje and his wife, author Linda Spalding, have edited Brick Magazine, Canada’s most respected literary magazine. He is also the poetry editor at Coach House Press.

Born in Sri Lanka (formerly Ceylon) of Indian/Dutch ancestry, Michael attended school in England before settling in Canada. Kingston bibliophiles will be interested to note that Michael earned his Master’s degree at Queen’s University. 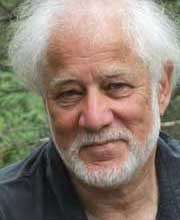 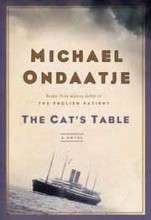