A writer and documentary–maker for almost four decades, Michael Riordon’s primary goal is to recover voices of people who have been silenced in the mainstream, including First Nations youth, Mozambican farmers, inmates in Canadian prisons, traditional healers in Fiji, queer folk across Canada, Guatemalan labour activists, and now, peace–workers in Israel–Palestine.

Our Way to Fight is his fifth book. It emerges from four years of intensive research, two journeys, and encounters with more than sixty grassroots peace and human rights activists in Palestine and Israel. “In Our Way to Fight, Riordon doesn’t offer stories of struggle on a plate,” says Briarpatch. “This is not a copy and paste exercise in historical parallels or one–size–fits–all analysis. He takes the time to encounter, inquire and absorb experience.”

The result is a complex and nuanced exploration of a problem that many regard as hopeless. “Even while maintaining a sober assessment of the difficult road activists face, simply by demonstrating that Israelis and Palestinians can and do work in common cause, Riordon offers an important corrective to the standard tale of an intractable conflict,” says Publisher’s Weekly, in a starred review. “Riordon’s thoughtful portrayal of hope in a time of trouble is inspiring, and reminds us that activism is not magical, but rather a very human response to the conflicts that require people to make difficult moral choices,” adds the Quill and Quire.

Michael’s other books include An Unauthorized Biography of the World: Oral History on the Front Lines, Eating Fire: Family Life on the Queer Side, and Out Our Way: Gay and Lesbian Life in Rural Canada.

He lives with his partner in the countryside. 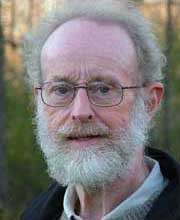 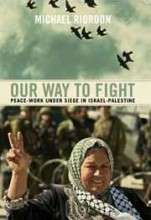