Who is Michael Winter?
(a) a hip Toronto novelist.
(b) one of the astonishingly gifted writers who have put Newfoundland on the literary map.

Answer: Both of the above.

“The word ‘novel’ to me just means ‘new book,’” Michael says. “I never cared to name the genre of the book. I just knew that the project I was working on had to be written this way for me to feel right. That’s all I’m trying to do: write a book that hasn’t quite been written before.”

Michael’s full-length fictions – This All Happened, The Big Why, The Architects Are Here, The Death of Donna Whalen – have been variously described as autobiographical fiction, literary nonfiction, and nonfiction novels. Minister without Portfolio, released this fall, may be his first book that looks like a traditional novel. It begins in Kabul, telling the story of Henry Hayward, an army-affiliated contractor in soothing heartbreak with alcohol.

Despite the slippery genre designations, recognizing the quality of Michael’s books is easy for readers and critics. His story collections and novels have been nominated for numerous awards, from the Scotiabank Giller Prize to the International IMPAC Dublin Literary Award, and in 2008 he was awarded the Writers’ Trust of Canada Marian Engel/Timothy Findley Award for a writer in mid-career.

Born in England, Michael grew up and attended university in Newfoundland. Since 1999 he has moved between Toronto and Newfoundland, recently spending summers in a restored house in Conception Bay with his partner, novelist Christine Poultney, and their young son. A founding member of the Burning Rock Collective, for eight years Michael co-edited the literary journal Tickle Ace. His hobbies include falling into incinerators and participating in an ongoing feud with a humpback whale. 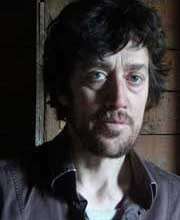 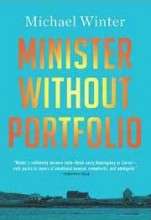