Michael Winter was born in England and grew up in Newfoundland. He studied economic geography at Memorial University, but instead of seeking a career in that field, he began writing stories. With Lisa Moore and others, he established the Burning Rock Collective in St. John’s, spending eight years as editor of the now–defunct literary journal Tickle Ace.

Michael has published six works of fiction—two highly regarded story collections and four novels. His first, This All Happened, won the Winterset Award and was nominated for the Rogers Writers’ Trust Fiction Prize; his second, The Big Why, won the Drummer General’s Award and was nominated for the Trillium Award and the Thomas Head Raddall Fiction Prize. Michael’s third novel, The Architects Are Here, was longlisted for the Scotiabank Giller Prize. T.F. Rigelhof, writing in the Globe and Mail, called it a “flamboyant gem” of a book; while Toronto Life described it as “brainy and ambitious—just like its author.”

In his latest release, The Death of Donna Whalan, Michael turns literary sleuth, piecing together the transcripts and court testimonies of a real–life murder trial. In this mesmerizing work of documentary fiction, he preserves the nuanced voice of each witness, and the result is a harsh account of the tragedy that befell Donna Whalen and the controversial aftermath that tore her town apart. 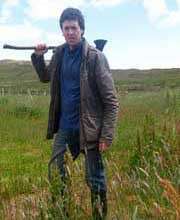 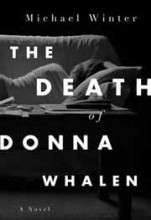