“Those who make a revolution and those who write about it are usually two different people,” says feminist Gloria Steinem. “Michele Landsberg is one of the few on earth who is trusted and effective at both. There is no one I respect more in the trenches – or on the page.”

Michele says she was “born at the right moment in history and stumbled into the perfect assignment at a time when the very themes dearest to my heart were making headline news.” But she is too modest. Her lifetime of columns in The Globe and Mail, the Toronto Star, and later for Chatelaine magazine, took feminism to an enormous audience, helping to change the lives of Canadian women forever.

“The feminist anecdotes, true-life accounts, analyses, and revelations in the columns had a direct and sometimes life-changing impact on many, many women,” says Michele. “I know because they still seek me out to tell me so.”

Michele Landsberg started as the Toronto Star “woman columnist” but she was no Ann Landers or Heloise. Indeed, she quickly became one of the paper’s most influential and controversial voices, writing tough, compassionate columns about core feminist issues – equal pay, sexual exploitation, rape, child abuse, lesbianism. She pressed politicians, judges, lawmakers, police, and the church to act on behalf of women and children, pluralism, and human rights.

In her new book, Writing the Revolution: From the Front Lines of the Women’s Movement, Michele reflects on her 25 years with the Toronto Star, on what she got right, what she got wrong, and what was happening behind the scenes. She weaves together key columns from 1978 to 2003 with reflections, anecdotes, and analysis of the heady days of Second Wave feminism and beyond. Her journalism tackled not only her personal experiences – from becoming a mother to surviving breast cancer – but also fearlessly advocated for causes such as the right to abortion, better childcare programs, same-sex marriage, and ending the war in Iraq.

Over the years Michele has written three best-selling books, Women and Children First, a collection of her campaigning columns; “This is New York, Honey!” A Homage to Manhattan, with Love and Rage, on her time in New York while her husband, Stephen Lewis, was Canada’s ambassador to the United Nations; and Michele Landsberg’s Guide to Children’s Books.

Michele’s columns won her two National Newspaper Awards. She is also the recipient of the Governor-General’s Persons’ Medal for her tireless advocacy on behalf of women. She continues her work as an activist, and is a regular reviewer of children’s literature on CBC Radio. Michele lives in Toronto with her husband, Stephen Lewis. 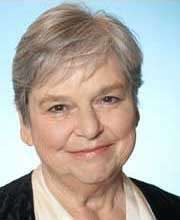 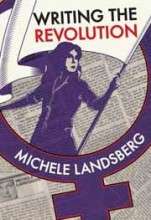