Miguel Syjuco has been a copy editor, a medical guinea pig, an eBay power seller of ladies’ handbags, a bartender, and an assistant to a bookie at the horse races. But for him, those were only hobbies that paid the bills; his real job has always been his writing.

“I think of the romance novelist Nora Roberts,” he says. “Her philosophy is pared down to three words: butt in chair. So I stick my behind in my office chair in front of my computer and just work.”

That work has paid off handsomely in his Man Asia and Palanco Prize-winning first novel, Ilustrado, a formally inventive and politically astute tour de force that the judges describe as “brilliantly conceived…stylishly executed…ceaselessly entertaining, frequently raunchy, and effervescent with humour.”

Miguel was born to a political family in Manila, Philippines, in 1976. He holds an MFA from Columbia University in New York, and has interned or worked for The New Yorker, Esquire, and The Paris Review. When his Australian-born girlfriend came to Montréal as an exchange student, he joined her, and while writing Ilustrado, he looked out from his window to the corner of Rue Jeanne–Mance and Rue Fairmount—Mordecai Richler’s childhood stomping grounds. 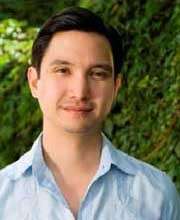 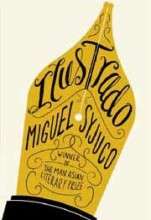