Miranda Hill is an author who delivers miracles. Last year, short story “Petitions to Saint Chronic,” won the $10,000 Writers’ Trust/McClelland & Stewart Journey Prize. “A story of miracles,” said the jury. “This is writing of the highest order, packed with insight, empathy and suspense.”

“You never know when the magic will appear,” says Sarah Selecky, who was nominated for the Giller last year for her story collection This Cake is for the Party. “You want to read with your eyes open so you won’t miss any clue or sign.”

“Petitions to Saint Chronic” is just one of the stories in Miranda’s debut collection Sleeping Funny, to be released this fall. Miranda’s debut is one of the most eagerly awaited of the 2012 season. The stories are mature, sophisticated in their wit, compelling in their insights. She expertly weaves together the voices of a PR professional, a single mom, a student of sex-ed, a Queen’s medical student, a favourite child, a suicidal saviour, and a country music fan. She plays with time and place, too, travelling back in time from a wealthy suburb in present-day North America to Gothic 19th-century Kingston.

Miranda came to fiction the long way, working in television and as a freelance writer and communications consultant. She is also the founder and executive director of Project Bookmark which is installing plaques bearing text from stories and poems in the exact physical locations where the literary scenes take place. Miranda conceived the idea while living in the neighbourhood where Michael Ondaatje set In the Skin of a Lion. Ten plaques have been erected across Canada, including one in Kingston at the corner of Princess and Clergy, installed as part of Kingston WritersFest 2010 and celebrating the  Bronwen Wallace poem “Mexican Sunset.”

Miranda’s work has been published in The New Quarterly, The Dalhousie Review and The Fiddlehead. She is a graduate in Drama from Queen’s University and she earned her MFA in Creative Writing from the University of British Columbia. She lives in Hamilton with her husband, Lawrence Hill. 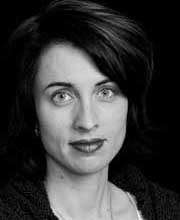 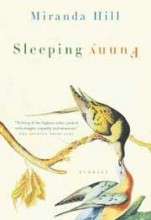