Moira Welsh is an investigative journalist with the Toronto Star, Moira has co-authored investigations that have won three National Newspaper Awards and a Michener Award for Public Service Journalism. She was a finalist for the Justicia Award for Legal Reporting and the Canadian Hillman Prize. She started as a breaking news reporter and soon joined the investigative team where she has written on social justice, the environment, and the lives of people living in seniors’ homes.

Her new book, Happily Ever Older: Revolutionary Approaches to Long-Term Care stemmed from a 2018 investigation into the Butterfly project model for long term care, which aims to improve the well-being of the people living with dementia using innovative, person-centred approaches to meet their complex needs.  It focuses on the potential to create facilities where seniors live with happiness, purpose, and strong social connections.

“Happily Ever Older manages the difficult trick of being both an important book and a hopeful one. It is certainly the most significant work in decades on aging and the many approaches to long-term care. Laced with humour, packed with facts and dashed with a touch of magic, Moira Welsh has delivered the book of a generation.” — Laura Tamblyn Watts, LLB, CEO CanAge, Canada’s National Seniors Advocacy Organization

Moira lives in Toronto, Ontario, with her family.

7. The Long Term Crisis in LTC 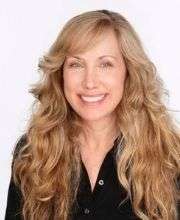