“It took me a long time to say ‘I’m a writer,’ to have that be my source of identity,” says debut American novelist Molly Prentiss. “It’s something that I see a lot of artists, especially women, struggle with. Up until not that long ago, I was still defining myself by my day job—what’s the thing that makes you your money? What’s the thing that the rest of the world looks at you as? But I’m coming around,” she laughs.

Molly’s first novel, Tuesdays in 1980, which explores the rapid gentrification of 1980’s New York through the eyes of various SoHo artists, was released this year to wide acclaim. The New York Times stated that “in one sentence, Ms. Prentiss captures a sense of intoxication and possibility that six seasons of voice-overs from Sarah Jessica Parker never could. Booklist called it “a vital, sensuous, edgy, and suspenseful tale”, and Kirkus described it as “an intoxicating Manhattan fairy tale”.

Molly was born and raised in Santa Cruz, California. She has been a Writer in Residence at Workspace at the Lower Manhattan Cultural Council, the Blue Mountain Center, and the Vermont Studio Center and was chosen as an Emerging Writer Fellow by the Aspen Writers Foundation. She holds an MFA in creative writing from the California College of the Arts. She lives, writes, and walks around in Brooklyn, New York. 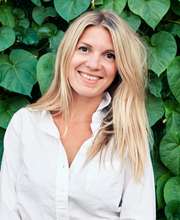