“In all my writing,” says Nancy Richler, “I explore the slipperiness of morality and identity in the face of extreme loss and threat, though the settings and circumstances change with each novel.”

Your Mouth is Lovely, for example, begins with circumstances that mirror her own life. She came into the world at the moment her father was grieving his own father’s death. The Montreal Gazette called the book “a wonderfully realized work of the imagination…impossible to forget.”

Nancy Richler’s first novel, Throwaway Angels, was written when the author was living in Vancouver and noticing how the ongoing disappearance of sex trade workers merited no place on the front pages of newspapers – as if their lives had no value. The novel was published six years before the first arrest in the now-notorious case. The Vancouver Sun called the novel “almost hauntingly prophetic.”

Nancy’s new novel, The Imposter Bride also springs from an event in the author’s family history: Nancy Richler’s maternal grandmother came to Canada from Eastern Europe expecting to marry a man who rejected her upon her arrival. The Montreal portrayed in this national bestseller draws heavily on the author’s own experience of growing up in that city where, as she puts it, “loss and dislocation lay at the core of so many people’s lives.” In its review, The Globe and Mail wrote: “Richler is back, and with an elegant, ambitious, accomplished new work…this novel serves as a gut-wrenching education.”

Widely translated, Nancy has won many prizes for her work, including the Arthur Ellis Award for Best First Crime Novel and the Canadian Jewish Book Award for Fiction. 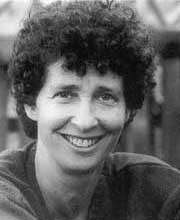 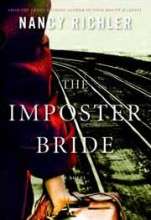