Naomi Wolf was just 28 when she published The Beauty Myth: How Images of Beauty Are Used Against Women. Almost overnight she became the spokeswoman for what’s been called the Third Wave of feminism. An instant bestseller, The Beauty Myth was praised by second-wave feminist Germaine Greer as “the most important feminist publication since The Female Eunuch.” Gloria Steinem called it “a smart, angry, insightful book, and a clarion call to freedom.” Its publication ignited a debate that Betty Friedan (author of The Feminine Mystique) declared “a hopeful sign of a new surge of feminist consciousness.”

In the two decades since The Beauty Myth, Wolf has continued to explore what it means to be a woman in contemporary society. Promiscuities: The Secret Struggle for Womanhood (or a Secret History of Female Desire) analyzes contemporary adolescent sexuality. Misconceptions, examines modern assumptions about pregnancy and childbirth, through the lens of her own motherhood. And this summer, she released Vagina: A New Biography, a stunning cultural history that radically reframes how we understand the vagina – and women.

Naomi Wolf is perhaps the most important cultural critic writing today. As the New York Times Book Review puts it, “Blasting away myths is one of Ms. Wolf’s great strengths; she firebombs with knowledge and authority.”

In 2010, she took on the decline in democracy in The End of America: A Letter of Warning to a Young Patriot, in which she outlines 10 steps that signal the disintegration of a democratic state. The End of America was adapted for the screen as a documentary, produced by her partner, Avrim Ludwig. A year later, Wolf produced a sequel, Give Me Liberty: A Handbook for American Revolutionaries, a book that profiles moments in history when citizens faced with the closing of an open society successfully fought back.

Naomi lives in New York City with her partner and three children. She holds a degree from Yale University and New College, Oxford University. A political activist as well as social critic, her international journalism includes the investigative report “Guantánamo Bay: The Inside Story” for The Times of London. She’s a frequent blogger on The Huffington Post and writes cultural commentary for The Guardian,  he Washington Post, and Harper’s Bazaar. An outspoken advocate for citizenship and active democracy, Wolf was arrested in New York during the Occupy Wall Street protests last October. She was held in custody for an hour. 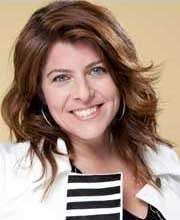 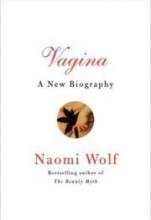