“It’s a huge honour to play a role in helping stories take shape, says illustrator Natasha Donovan, “and we humans seem to be blessed with a wealth of stories yearning to be told.”

Natasha is a Métis illustrator with a focus on comics and children’s illustration. Her short comic work has appeared in several anthologies, and she illustrates Brett Huson’s award-winning children’s book series The Mothers of Xsan, graphic novels by Tasha Spillett, and the picture book biography Classified by Traci Sorrell.

Natasha is, most recently, the illustrator behind Borders, a stunning graphic-novel adaptation based on a short story of the same name by author Thomas King. In it, a young boy and his mother on a trip to the US are posed a simple question with a not-so-simple answer. Are you Canadian, the border guards ask, or American? “Blackfoot.” When border guards will not accept their citizenship, mother and son wind up trapped in limbo between nations that do not recognize who they are.

Natasha’s family are the Delarondes and the Morins from Meadow Lake, Saskatchewan. She grew up in Vancouver, and currently lives on a tiny farm along with several wonderful creatures – of both human and non-human varieties – in Deming, Washington. 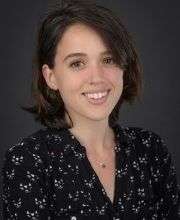