Critically acclaimed American novelist Nathaniel Rich is the author of two novels The Mayor’s Tongue and, most recently, Odds Against Tomorrow, in which a mathematician hired to calculate worst-case scenarios for corporations is drawn further and further away from reality.

The National Post calls Odds Against Tomorrow “enjoyable reading, but from a serious literary novelist.” The enjoyment and the seriousness come from Nathaniel’s combinations of fascinations – film noir and the real-life disasters that we might be careening towards. Together these give Nathaniel’s writing a view from which our present world is lit at terrifying angles. 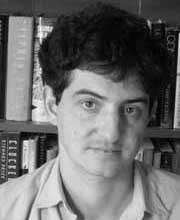 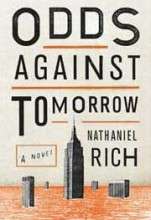