“These different artworks create a mood or tone that I wanted to duplicate in a story,” says Neil. “I arrived at this mood even before deciding on characters, a setting or a plot.”
The result? “Rarely have I read a collection so various in theme and approach, so magpie-like in its influences,” wrote the Guardian. “A rare fusion of thematic boldness, humor, gravity, empathy, maturity, and first-rate prose.”

A literary phenomenon, Bang Crunch was published around the world to critical acclaim, chosen as one of the best books of the year by the Globe and Mail and the Washington Post, and shortlisted for the Commonwealth Writer’s Prize for Best First Book, among other honours.

Now, Neil’s just-released first novel Boo is earning high praise. Narrated by a young science geek named Oliver Dalrymple who finds himself in an afterlife heaven reserved exclusively for thirteen-year-olds, the book will be published in seven languages.

Publishers Weekly has given Boo a starred review, calling it “surprising and moving” and “splendidly confident.” Wrote Kirkus: Boo “combines a school shooting and a whimsical afterlife in a touching tale of what friendship and growing up can mean.”

Neil, a French-to-English translator, grew up in the United States and Canada and lives in Montreal. He didn’t expect to be come a writer. He says, “I really decided to take a writing course the way someone would decide to take basket-weaving or yoga, as a one-time thing. I never thought about being a writer or getting published. I had an evening to kill.” His readers are grateful that he had that evening free. 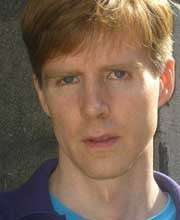 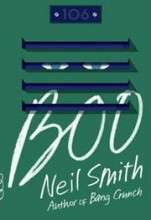