Njabulo Ndebele is an established scholar, public figure, and author whose critical and creative writing have tackled the effects of the apartheid regime on black communities, the rhetoric of protest, democracy and reconciliation, and the system of higher education in South Africa. He regularly plays the role of a public intellectual through his interventions in the media on topical issues facing South Africa in its ongoing transition.

Fools and Other Stories, his collection of short fiction, examines the complexities of life for black South Africans confined to the townships. “Lean and earthy,” and “impressive,” said Publishers Weekly; the book went on to win the Noma Award for the best book published in Africa in 1983, the Mofolo–Plomer Prize in 1984, and the Sanlam Award for outstanding fiction in 1986.

His novel, The Cry of Winnie Mandela, earned kudos from The Guardian (UK) for its “innovative, hybrid form more reminiscent of Continental Europeans such as Milan Kundera than the anglophone novel;” Nadine Gordimer praised it as a work of “extraordinary originality and imaginative power.” Meanwhile, his last book, Fine Lines from the Box, received the K. Sello Duiker Memorial Literary Award in 2008.

Njabulo served as president of the Congress of South African Writers for many years. The immediate past vice–chancellor and principal of the University of Cape Town, he holds honorary doctorates from universities in the Netherlands, Japan, South Africa, the United Kingdom (Cambridge and University College London), and the United States, and is a Churchill Honorary Fellow at the University of Cambridge. He was the recipient the National Research Foundation’s Lifetime Achievement Award in 2009. 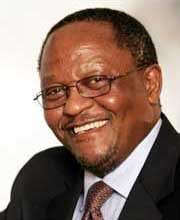 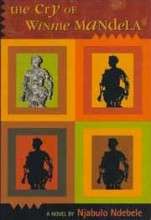