Noah Richler is a long–time broadcaster and radio producer who now follows in his famous father’s footsteps as the author of award–winning books. “Immensely thought–provoking—and, at times, simply provoking” (Maclean’s), Noah is not one to shy away from controversial subjects. In his latest title, What We Talk About When We Talk About War, he argues that in the past decade, Canada has gone from being a peacekeeping to a “warrior” nation, and he examines what this says about us as a country.

Raised in Montreal and London, England, Noah is a former books editor and literary editor for the National Post and has contributed to prestigious publications on both sides of the pond—from the Guardian, Punch, and the Daily Telegraph to The Walrus, Maisonneuve, Saturday Night, and the Globe and Mail. He is also the author of This Is My Country, What’s Yours? A Literary Atlas of Canada—a bold and impassioned literary travelogue that looks at the country through the work of its contemporary writers. This is My Country, What’s Yours? won the B.C. National Award for Canadian Nonfiction and was shortlisted for the Writers’ Trust Non–fiction Prize.

Hailed as “a rarity in the modern age: a true man of ideas,” by The Western Standard, and a “genius magpie” by the Globe and Mail, Noah takes on the role of public intellectual with wit and humor. He lives in Toronto and is married to House of Anansi publisher Sarah MacLachlan. 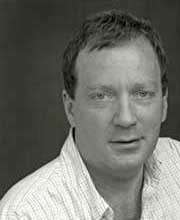 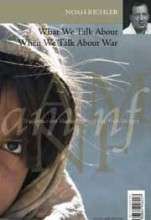