Omar El Akkad is an author and a journalist. He has reported from Afghanistan, Guantánamo Bay, and many other locations around the world. His work earned Canada’s National Newspaper Award for Investigative Journalism and the Goff Penny Award for young journalists. His writing has appeared in The Guardian, Le Monde, Guernica, GQ, and many other newspapers and magazines. His debut novel,  American War, won the Pacific Northwest Booksellers Association Award, the Oregon Book Award for fiction, and the Kobo Emerging Writer Prize, and was nominated for more than ten other awards. It was listed as one of the best books of the year by numerous publications, and was selected by the BBC as one of 100 Novels That Shaped Our World.

His highly anticipated new novel, What Strange Paradise, was inspired by some of the experiences he had while reporting on the Arab Spring for the Globe and Mail. Author Tommy Orange praises the book as “by turns tender and brutal in its truths. It is tremendously written, propulsive as it is expansive as it is granular in its specificities. Omar El Akkad writes with such emotional precision, power, and grace.”

It repurposes the fable of Peter Pan to depict a terrible modern reality – an overturned boat of refugees and a young child washed up on shore. But miraculously, the child survives and is taken in by a young girl struggling to escape the hostilities of her own existence. “When I was writing this,” he says, “there had been this migrant crisis of ships sinking across the Mediterranean, and no honest accounting of the dead. These people fell to the bottom of the sea and they were never given an honest accounting of their lives, their names were never written anywhere, they just became ghosts. It’s an incredibly cruel abdication of human responsibility.”

Appearing in:
14. The Lost Boy: Fiction 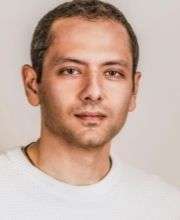