In Pasha Malla’s writing, expect the unexpected. Inventive, surreal, hilarious and empathetic, his work explores love, relationships, family, and culture – and turns these ideas on their head.

Pasha burst onto the literary scene in 2008 with the publication of his debut short story collection, The Withdrawal Method, which won the Trillium Book Award and the Danuta Gleed Literary Award, was shortlisted for the Commonwealth Prize, and longlisted for the Scotiabank Giller Prize.

Pasha, who is 34, says the book represents five years of work that began back when he was studying at Concordia University in Montreal. “It’s definitely the best
collection of stories I’ve ever written. It’s also the only collection of stories I’ve ever written, but that doesn’t sound nearly as impressive,” he jokes. Colm Tóibín calls them “original, clever, and smart.”

That same year, Pasha published All our grandfathers are ghosts, a book of poems about the search for order amid total, comical moral collapse. As the Globe and Mail notes, “Malla is an impressive young voice that gives one hope for a future of new Canadian writing talent.”

Born in St. John’s, Newfoundland, and raised in London, Ontario, Pasha is the son of a psychiatrist father from Kashmir and a British mother, now retired from social work. The family (Pasha has two sisters) was often on the move, perhaps inspiring the quick shifts and far-ranging subject matter that’s so characteristic of his work.

A frequent contributor to The Walrus, the Globe and Mail, and CBC Radio, Pasha is also the winner of an Arthur Ellis Award for crime fiction, two National Magazine Awards for humour writing, and has twice had stories included in the Journey Prize anthology.

People Park, his highly anticipated, scary-fantastical-funny first novel, about an island city suddenly isolated from the rest of the world, is due out this summer from House of Anansi Press. 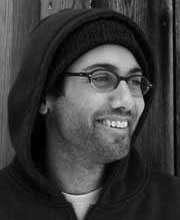 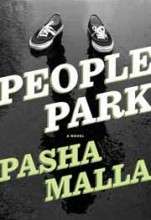