“From the time I was six years old I wanted to be a writer,” Patricia Henderson says. “I started a newspaper when I was seven, wrote all the stories in it, drew the pictures and sold it for a nickel on the side of the road. Things went up from there!”

A graduate of Queen’s University, and the National Theatre School, Patricia also attended Ryerson’s program in Radio and Television Broadcasting, has worked for the CBC in Calgary and Toronto, and served as production coordinator for Vancouver’s Expo 86. For several years, she was employed at the Stratford Festival, where she received the Tyrone Guthrie Award for her contributions.

Her award-winning company, Writing By Design, has just celebrated two successful decades. A member of the Professional Writers of Canada, Patricia has received awards from Writer’s Digest, the Writer’s Union of Canada, the CBC Literary Competition, and Canadian Living magazine for her publications.

Patricia’s first nonfiction book, Inside Kingston: Stories Celebrating People’s Lives and Passions, will be launched during Kingston WritersFest. Drawing on Patty’s extensive experience as a long-time contributor to Kingston Life, Backpack, Interiors, Weddings, Downtown Kingston, KEDCO and others, this is a vivid and moving portrait of our historic city and its people. 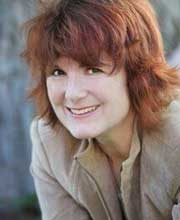