Why did my sister have a powerful spiritual experience in the hour of my father’s unexpected death? Why did she enter into her own dying experience afraid, only to become increasingly joyful? What was she seeing, what was she learning, what would she have told me if she could have, after she could no longer converse?”

These questions inspired Patricia Pearson to write Opening Heaven’s Door: What The Dying May Be Trying To Tell Us About Where They’re Going.

A touching, challenging exploration that was long-listed for the BC National Award for Canadian Non-Fiction, it begins with Patricia’s realization that “there was more at play in the universe than I had ever dreamed of. What wasn’t apparent was what it was.”

“Pearson’s research is solid, and she writes clearly about difficult concepts…. She presents a valid case for looking beyond science in matters concerning mortality and the end of life,” wrote Quill & Quire.

“Readers will be humbled and filled with a sense of hope rather than fear as they realize that the deaths of loved ones, or even their own deaths, are not losses, but simply transitions. A fascinating and candid analysis of the process of dying,” said Kirkus Reviews.

Patricia’s five other books reflect the same journalistic rigour, and her trademark refusal to accept conventional wisdom before doing her own research. A Brief History of Anxiety (Yours and Mine) challenged the notion that mood disorders are purely brain-based, with no relationship to culture and personal circumstance. When She Was Bad- How and Why Women Get Away with Murder questioned simplistic ideas about violent women and won the Arthur Ellis Award for Best Non-Fiction Crime Book of 1997.

An award-winning journalist and novelist, Patricia’s work has appeared in The New Yorker, the New York Times, Huffington Post and Businessweek, among other publications.

She lives in Toronto with her family, including a Shetland sheepdog she says who may or may not be caught between dimensions.

Appearing in 3. When We Die: A Journalist Investigates 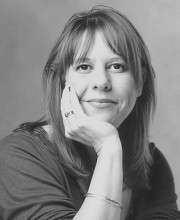