“Patrick was going to edit his books anywhere, under any conditions,” Barbara Gowdy says of spotting Crean in his apartment lobby, sitting on a couch that was bolted to the floor to dissuade potential thieves, hard at work.

Since he began combing through the slush pile at McClelland & Stewart 46 years ago, Patrick has edited everywhere. He’s worked for well-known houses and more obscure publishers. He’s worked with unknown writers and some of country’s highest-profile authors.

Patrick is the publisher and editor of Patrick Crean Editions at Harper Collins. His imprint focuses on publishing both new and established voices in Canadian fiction, some memoir, history, and current events, and essential books about new ways of being in a world in transition. He has published Giller Prize winners (Austin Clarke and Esi Edugyan), Governor General Award winners (David Gilmour and Karolyn Smardz-Frost), and numerous other prize-winning writers. 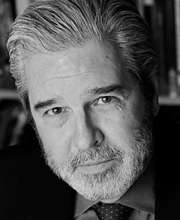