“We work behind the scenes,” says Paul Gagné of the translator’s special craft. “We don’t do it for the honours.” And yet, he admits, it is good to have the work acknowledged, especially by writer-peers, who can understand some of the skill and sensitivity involved.

With a Master’s degree in French literature from Laval, Paul worked for several years as a translator in Toronto and Montréal before turning to the even more specialized and demanding work of literary translation.

He and his wife, Lori Saint-Martin, work as a team, according to a unique process.

Paul usually writes the first draft, which they revise afterwards in alternating rounds—speckled with plenty of discussion. “I often say that we argue about a bit of everything except translation,” he laughs.

Together, they have translated more than forty books—including one by Kingston Writersfest 2015 author, Mark Anthony Jarman— and they have won numerous awards.

Paul especially loves working with authors who live nearby and who also speak French. But he and Lori tend to work independently first. “Usually, what we do is that we get in touch with them once it’s done, to resolve ambiguities.”

He lives with his wife in Montreal. 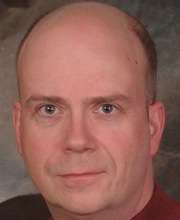