Paula’s keenly anticipated new novel, Circling the Sun, will be released in July, and transports readers to colonial Kenya in the 1920s. It is the story of a fearless and captivating woman—Beryl Markham—a record-setting aviator caught up in a passionate love triangle with safari hunter Denys Finch Hatton and Karen Blixen, author of the classic memoir Out of Africa.

Set against the landscape of early twentieth-century Africa, the book traces the adventures of a woman before her time, the exhilaration of freedom and its cost, and the tenacity of the human spirit.

“McLain cements herself as the writer of historical fictional memoir…”, said bestselling novelist Jodi Picoult of Circling the Sun. “In McLain’s confident hands, Markham crackles to life, and we readers truly understand what made a woman so far ahead of her time believe she had the power to soar.”

Paula’s previous novel, The Paris Wife, a fictionalized account of Ernest Hemingway’s first marriage, became a long-time New York Times bestseller. “McLain has brought Hadley [Hemingway] to life in a novel that begins in a rush of early love . . . A moving portrait of a woman slighted by history, a woman whose . . . story needed to be told”, wrote The Boston Globe.

Paula received an MFA in poetry from the University of Michigan. She is the author of two collections of poetry, as well as a memoir, Like Family: Growing Up in Other People’s Houses, and a first novel, A Ticket to Ride. She lives in Cleveland with her family. 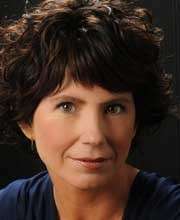