Paula Todd is an investigative writer, journalism and digital media professor, lawyer and the bestselling author of A Quiet Courage and Finding Karla: How I Tracked Down an Elusive Serial Child Killer and Discovered a Mother of Three.

With Extreme Mean: Trolls, Bullies and Predators Online, Paula takes us into the dark side of the internet to explore the real stories behind “cyberbullying” suicides, the hidden toll on public figures who are mocked and targeted, and the countless adults whose lives have been torn apart by online hostility, aggression, and scams.

For more than two decades, she has written for Canada’s top newspapers and magazines and hosted award-winning television programs on the country’s major networks. Todd sits on the Board of Canadian Journalists for Free Expression and chairs its Digital Issues committee.

Paula was Yahoo’s #2 Newsmaker of the Year for 2012, and with the publication of Extreme Mean says she “expects to be trashed for defending some trolls and blaming instead tormentors, stalkers, predators and cyberbullies for ruining the Internet and risking everyone else’s freedom of expression.” 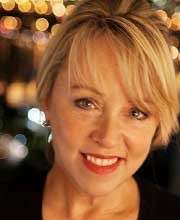 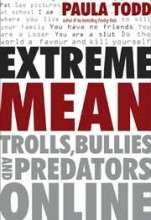