After The Beggar’s Opera was rejected dozens of times, Peggy Blair was ready to give up. “Being rejected is definitely not fun. I finally decided to put the manuscript into a few international competitions. If it didn’t get any traction, I was done.”

She entered The Beggar’s Opera in two North American competitions; she didn’t place in either. Then she sent the manuscript to the Debut Dagger Award of the UK Crime Writers Association. She was a finalist, but not a winner. That night in a bar, she noticed Ian Rankin and they started chatting. He suggested she send her manuscript to his Canadian publisher. She did. Three weeks later, The Beggar’s Opera was a hot property at the Frankfurt Book Fair. She signed deals for Germany, Holland, Norway – and Canada.

This year, The Beggar’s Opera was published to great acclaim, with critics calling it, “a gritty, rivetting tale,” “a splendid fictional debut,” “an impressive police procedural.” Set in the steamy underworld of Havana, it features a Canadian detective Mike Ellis who goes south to save his marriage and ends up finding a body. The case is taken on by Inspector Ricardo Ramirez, head of the Major Crimes Unit of the Cuban National Revolutionary Police, a man dying of a dementia that makes him see the ghosts of victims of unsolved crimes.

Peggy knows what she is writing about. She has been a lawyer for more than thirty years, a recognized expert in Aboriginal law, and author of the nonfiction book, Lament for a First Nation. Peggy also worked as both a criminal defence lawyer and Crown prosecutor and is a former member of the Canadian Human Rights Tribunal. She spent a Christmas in Old Havana, where she watched the bored young policemen along the Malecon, visited Hemingway’s favourite bars, and learned to make a perfect mojito. She lives in Ottawa, Ontario. 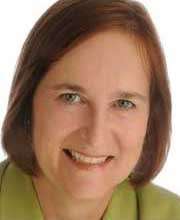 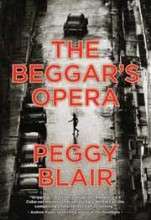