Peter Behrens’ first novel, The Law of Dreams, told a gripping and unsentimental tale about one man’s escape from poverty–stricken Ireland during the potato famine in the 1840s. The New York Times called it “absorbing, unsparing, and beautifully written,” while The Washington Post Book World said, “a novel that animates the past this vibrantly should make volumes of mere history blush.”

The Law of Dreams went on to win the Governor General’s Award for 2006 and a chorus of international acclaim. “This is a top-notch historical novel: dramatic, wincingly violent, tender and extremely well-written,” said The Guardian (UK). And the Frankfurter Allgemeine Zeitung praised Peter for upholding the tension “all the way through this voluminous, voluptuous page–turner of a novel.”

Peter’s eagerly awaited second novel is The O’Briens. In the character of Joe O’Brien—ambitious railroad magnate and industrialist, fiercely loyal family man, brooding troubled soul—he gives us one of the most compelling and complex characters to come along in years. A brilliant follow–up to The Law of  reams, and yet standing masterfully on its own, The O’Briens is a tragic, romantic, and ultimately hopeful epic of great heart, imagination and narrative force.

Peter’s first book was Night Driving, a collection of short stories that appeared in 1987. His stories and essays have appeared in The Atlantic Monthly, Tin House, Brick, Best Canadian Stories, Best Canadian Essays, and many anthologies.

Born in Montreal, Peter was educated at Lower Canada College, Concordia University, and McGill. He has held a Wallace Stegner Fellowship in Creative Writing at Stanford University, and was a Fellow at the Fine Arts Work Center in Provincetown, Massachusetts. Currently, he lives in Maine and Texas. 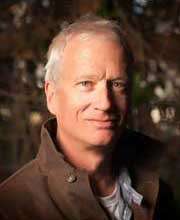 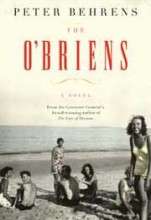