For 13 unlucky years, Peter Carey worked in advertising agencies in Melbourne, London and Sydney, writing fiction at night and weekends and amassing rejection letters. Finally, his short story collection The Fat Man in History was published, and his career took off. A prolific writer, his catalogue exceeds twenty books, including Booker Prize-nominated Illywhacker, and Booker Prize winners Oscar and Lucinda, and True History of the Kelly Gang. Only four writers have won the Booker Prize twice. Other awards include, as a sample, 4 Miles Franklin Awards, 2 National Book Council Awards, 2 Commonwealth Writers Prizes, and 3 Age Book of the Year Awards. He is an officer of the Order of Australia (AO), a Fellow of both the Royal Society of Literature and the American Academy of Arts and Letters, and is considered by some to be Australia’s next contender for the Nobel Prize in Literature.

Peter’s latest novel, A Long Way From Home is, according to the Guardian, his “best novel in decades.” In 1953, Titch, Irene, and their neighbour/navigator Willie, enter the Redex Trial, a brutal endurance race around Australia. Willie’s directions lead them, without warning, away from their familiar, white, Australia. Funny and compelling, the novel is also a profound look at Australia’s brutal treatment of its aboriginal people – a theme that will resonate strongly with Canadian readers.

Born in Bacchus Marsh, Peter lives in New York, where he is the Director of the MFA Program in Creative Writing at Hunter College.

Peter Carey supports the Bushwick literacy group “Still Waters in a Storm,” a refuge for immigrant kids in the age of Trump. 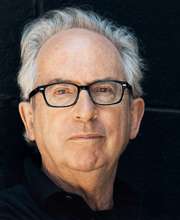