“The Alan Banks mystery-suspense novels are, simply put, the best series now on the market,” says Stephen King. And they just keep getting better. Tautly written and atmospheric, featuring surprising twists of plot, Peter Robinson’s books shine most of all for their psychologically nuanced characters.

Bad Boy, Peter’s newest release, challenges Inspector Banks with an unusually personal case. His daughter has run off with the “bad boy” of the book’s title—and
Banks must trail her across the isolated and windswept Yorkshire Dales. Pushed to his limits, forced to question all that he values, he searches for solutions to the problems that have dogged him for decades.

Peter was born in Yorkshire, England, where the Inspector Banks mysteries are set. He came to Canada as a young man and took his MA in English and Creative Writing at the University of Windsor, with Joyce Carol Oates as his tutor, followed by a PhD in English at York University. He began his writing life as a poet, turning to crime fiction during a visit to his parents, when by chance he discovered his father’s Chandler Omnibus on the shelf. 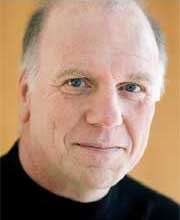 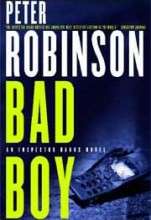