When Phil Hall sees a playing card on the street, he picks it up. He’s made two complete decks of cards this way. It’s how he works as a poet, too: picking up images, thoughts, ideas, and seeing what combinations emerge.

His latest work, Killdeer, which recently won the prestigious Trillium Book Award, is a collection of essay-poems about writing, reading, and the lifelong process of learning how to get better at doing both. “I think of them as poems,” Phil says, “but a lot people who don’t read poems will think of them as essays because they are critical thought in the sense that I write about other people’s work.”

There are lines in Killdeer that have waited decades for release. In 1973, he knocked on Margaret Lawrence’s door and “Her words were delivered with a confident slur & there was no / poise – I loved her instantly,” (from “Becoming a Poet”). He doesn’t simply give us a volume of poetry in which the poet matures; he shows us poetry maturing. These are essays that are not out to persuade so much as ruminate, invite, accrue.

Raised on a farm in the Kawartha region, educated at the University of Windsor, and wary of the limitations of regional mindset, Phil strives never to be limited by gender, style, class group, point in time, or nation. His first small volume of poems was published in Mexico by Cyanamid, the Canadian mining company. Since then, he’s published another 11 volumes of poetry, five chapbooks, and a recording of labour songs. In 2001, he was shortlisted for the Governor General’s Award for poetry and in 2011, he won. In 2006, and again in 2012, he’s made the shortlist for the Griffin Poetry Prize. He’s been a member of the Vancouver
Industrial Writers Union and the Vancouver Men Against Rape Collective; a writer-in-residence at the Sage Hill Writing Experience and also at the Pierre Berton House.

In his spare time, Phil is learning to play the clawhammer banjo. 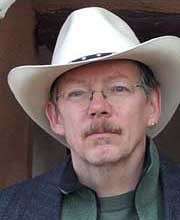 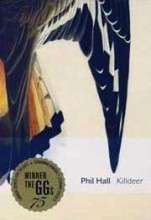