Born in Richmond, Virginia, Plum made her way to Canada via Hong Kong and Singapore. She left Canada again to receive a degree in education from Wheelock College in Boston, but returned to study theatre at York University.

She founded KidsCanada Publishing Corp and in the following decade her news magazine KidsToronto won multiple international design awards, and in 1992 Plum was awarded the PPA Award of Excellence for her monthly editorial column. In 2002, she co-founded Help’s Here!–a resource magazine for seniors and caregivers.

Plum’s memoir, They Left Us Everything is the sometimes funny, sometimes heart-wrenching tale of her disciplined father, exuberant mother, the 23-room house where they raised five kids and lived for fifty years–and the story of what the parents left behind, both tangible and intangible. The National Post calls They Left Us Everything “[an] unassuming memoir that hits you deep in the gut, leaving you bruised and thoughtful long after its last page.”

Plum is also an accomplished illustrator and portrait painter with more than 25 years’ experience. 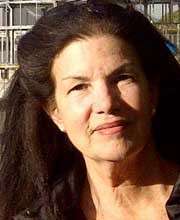 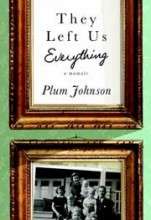