Paul Quarrington was one of Canada’s best–loved writers and musicians, and a consummate storyteller in his brilliant and hilarious novels, stories, plays, scripts, and songs.

In May 2009, Paul was diagnosed with Stage 4 lung cancer. From then until his death in January 2010 he channeled his prodigious creative energies into an astonishing number of artistic projects, including his first solo CD release Paul Quarrington: The Songs, the third PorkBelly Futures CD, his wise and moving memoir Cigar Box Banjo: Notes on Music and Life, the documentary film Paul Quarrington: Life in Music—and so much more.

In celebration of the creative connections that Paul embodied, Kingston WritersFest’s opening night brings together PQ’s People, the writers, musicians, actors, and filmmakers who knew Paul and have their own stories to tell about the writing life that produced ten novels, including Canada Reads winner King Leary, the award–winning book and screenplay Whale Music, the TV series Due South, musicals for children, and three full length plays.

for an unforgettable evening of stories in all their glorious forms.

The Quarrington Arts Society has been established in honour of the inspiration Paul’s life and work continues to provide for artists who seek expression in many disciplines. For information about the organization and its mandate, please visit www.quarringtonartsociety.ca. 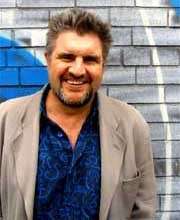 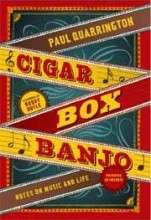