R. Murray Schafer, like Hugh MacLennan, Sheila Watson, and Mordecai Richler, came of age in the 1950s, an iconically repressive time that was oddly liberating for Canadian artists.

“There was everything to do in those days,” Schafer says in his memoir, My Life on Earth and Elsewhere, “so we just did it.”

And did it so brilliantly and often outrageously that R. Murray Schafer is one of the few Canadian composers whose name is recognized not only at home but around the world.

As a student, Murray was thrown out of the University of Toronto’s Faculty of Music; he was notorious for cancelling CBC broadcasts; and when the Toronto Symphony Orchestra commissioned a piece to be “no longer than ten (10) minutes,” he turned that into its title, and composed the work to go on for half an hour.

It was R. Murray Schafer who invented the term “soundscape” which he defined as “any collection of sounds, almost like a painting is a collection of visual attractions.” He also coined the term schizophonia, the splitting of a sound from its source or the condition caused by this split: “We have split the sound from the maker of the sound. Sounds have been torn from their natural sockets and given an amplified and independent existence. Vocal sound, for instance, is no longer tied to a hole in the head but is free to issue from anywhere in the landscape.”

His book The Tuning of the World, published in the late 1970s, became an international best-seller, attracting the attention of environmentalists and musicians alike, eventually creating a new intellectual and musical discipline, acoustic ecology, which explored the relationship between people and the sonic environment, and led to a generation of architects and urban planners who considered, for the first time, the sound universe in which we live. Ultimately, Murray Schafer changed the way we perceive sound – an unprecedented accomplishment.

“When we moved indoors as a civilization,” he says, “what was left outdoors became merely noise. We should have realized that the two things – music and ‘noise’ – interact with one another and influence one another.”

R. Murray Schafer has composed 15 works for orchestra, 23 for chamber orchestra, 20 pieces for soloists or choir with orchestra, 19 for choir, 6 for voice, 8 “other,” and three for theatre, including the ongoing Patria cycle and Job, which premiered in Kingston in 2011. He has also written or contributed to 27 written works, including a novel Smoke, published in 1975 and reprinted as Ariadne in 1985.

A composer, writer, music educator, and environmentalism, R. Murray Schafer was the first recipient of the Jules Léger Prize in 1978. He was awarded the inaugural Glenn Gould Prize in 1987, and in 2005 he was awarded the Canada Council Walter Carsen Prize, one of the top honours for lifetime achievement by a Canadian artist. In 2009, he received the Governor General’s Performing Arts Award for Lifetime Artistic Achievement. 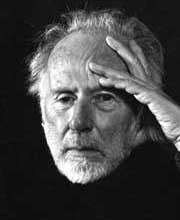 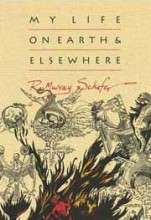