Reginald Cabico is a poet and spoken word pioneer. A warm, dynamic, and outrageously funny performer, The Kenyon Review recently named him the “Lady Gaga of Poetry” and he has been listed in BUST magazine’s “100 Men We Love.”

Regie won the Nuyorican Poets Café Grand Slam in 1993 and took top prizes in the 1993, 1994 and 1997 National Poetry Slams. Television appearances include two seasons on HBO’s Def Poetry Jam. His work appears in over 30 anthologies including Aloud: Voices from the Nuyorican Poets Café, Spoken Word Revolution, and The Outlaw Bible of American Poetry and he is co–editor of Poetry Nation: A North American Anthology of Fusion Poetry.

A recipient of numerous prizes and fellowships, including 2008 Future Aesthetics Arts Award Regrant from The Ford Foundation/Hip Hop Theater Festival, Regie also won the 2006 Writers for Writers Award from Poets & Writers for his work with at–risk youth at Bellevue Hospital in New York.

Three–time nominee for the New York Innovative Theater Awards for his contribution to the New York production of Too Much Light Makes the Baby Go Blind, he won in 2006 for Best Performance Art Production.

Regie has served as an artist in residence for New York University’s Asian/Pacific/American Institute and in 2010 was a member of the Spoken Word Faculty at the Banff Centre for the Arts. He is the Youth Program Coordinator for Split this Rock Poetry Festival and is the artistic director of Sol & Soul, an arts and activist organization in Washington, DC, where he lives. 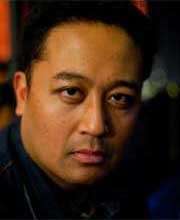 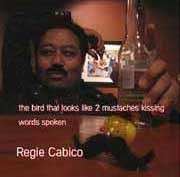