For several years, Rhea Tregebov’s poetic muse was mute. Then suddenly, she had a literary visitation that put an end to her silence, a moment she writes about in the first poem of All Souls’.

“You thought all the poems had grown up
and left home.
You didn’t expect to find one
putting its little hand on your face.”

All Souls’ was published last year to rave reviews. It had been eight years since her last collection of new and selected poems, and if anything, the hiatus served only to sharpen her skills.

“For decades Rhea Tregebov has been writing poems of penetrating honesty,” says Anne Michaels. “At their core is a deep familiarity with the necessities of love; inconsolable loss, inconsolable hope…. The clarity of her voice is deeply moving, a voice at home in its skin, entirely aware, deeply compassionate.”

All Souls’ was inspired by personal crises – divorce, adult children, aging parents – and the upheavals in our society caused by global warming and financial implosion. Above all, though, the collection explores the conflicting fears that stall so many of us: the fear of change and the fear of standing still.

Rhea is the author of seven critically acclaimed books of poetry and has won the Pat Lowther Award and the Malahat Review Long Poem Award. In 2009, she published an historical novel, The Knife Sharpener’s Bell, which won the J.I. Segal Award. She has also written five children’s picture books, three of which feature her son Sasha as the hero. She is editor of several anthologies, including Arguing with the Storm: Stories by Yiddish Women Writers. 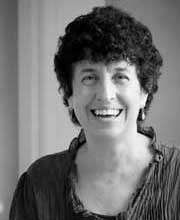 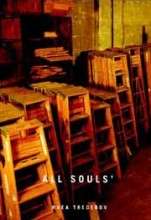