“When I’m translating a book from French to English”, says Rhonda Mullins, “I’m trying to find a book’s rhythm. Once I find that, I have to essentially take it apart and in putting it back together, sometimes it’s hard to find a rhythm in English. It does become very much about feeling and hearing things ‘click.’ When you make it happen, you almost feel a sense of relief.”

Rhonda is a French-to-English translator, writer and editor. Her feature writing has appeared in Concordia Magazine and The Montreal Gazette. She received the Governor General’s Literary Award for Twenty-One Cardinals, her translation of Jocelyne Saucier’s Les héritiers de la mine. And the Birds Rained Down, her translation of Jocelyne Saucier’s Il pleuvait des oiseaux, was a CBC Canada Reads Selection and was also shortlisted for the Governor General’s Literary Award, as were her translations of Élise Turcotte’s Guyana and Hervé Fischer’s The Decline of the Hollywood Empire.

Rhonda holds an M.A. in Media Studies from Concordia University, a B.A. in Communications and a B.S.Sc. in Political Science from the University of Ottawa, and has studied and taught translation at McGill University. She lives in Montréal.

Appearing in:
11. The Lady Vanishes/Une Femme Disparait
WS11. The Art of Translation 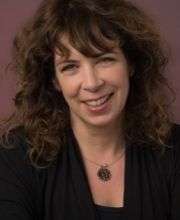