Robert Bateman’s art, his writings and indeed his personal example have inspired tens of thousands of people to take an interest in the natural world around them, its inherent beauty and the importance of fighting to preserve it. Widely regarded as the world’s foremost wildlife painter, Bateman’s paintings have been featured in exhibits across the globe, and he has sold tens of thousands of prints. He is also the author of more than 13 books, the latest of which is Life Sketches. An autobiography in words and pictures, many taken from the sketchbooks he has filled over the decades in the course of his travels, Life Sketches traces his development as an artist and environmentalist beginning with his days as a young boy who felt compelled to sketch what he saw in nature.

Robert Bateman is a life member of the Royal Canadian Academy of the Arts, an officer of the order of Canada and a member of the order of British Columbia. In 2013 he was awarded the Royal Canadian Geographical Society Gold Medal in recognition for his commitment to preserving the Canadian landscape. The same year, The Robert Bateman Centre, a museum dedicated to his work, opened in Victoria, B.C. He continues to paint and lives with his wife, Birgit, in Salt Spring Island, British Columbia.

Appearing in: 30. A Passion for Art and Nature, 42. Bateman on Sketching. 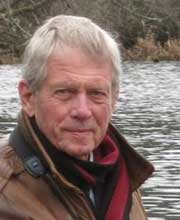 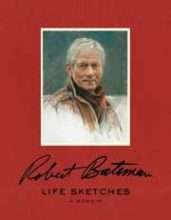