“Getting tough on crime is not the way to go,” says Robert Clark. “It doesn’t help society… If you treat [inmates] fairly and with a reasonable amount of respect, if you want to accomplish positive change, that’s the way to go.”

Robert began his career with Corrections Canada in 1980, working in the gymnasium at the medium-security Joyceville Institution. Over the next thirty years and in seven different federal prisons, he worked his way up to deputy warden, dealing with some of Canada’s most dangerous and notorious prisoners, including Paul Bernardo and Tyrone Conn.

After retiring, Robert set to work on a memoir. The result, Down Inside: Thirty Years is Canada’s Prison Service, is a scathing indictment of bureaucratic indifference, the use of solitary confinement, and agenda-driven government policies such as “tough-on-crime”. Altantic Books Today calls Down Inside “a critical, but fair and compassionate insider’s view of a relatively unknown sector of our society”, and The Globe and Mail called it “a rare and important perspective – a correctional-system insider offering an honest and damning take on the correctional system – that can only intensify pressure on the federal government to follow through on as-yet-unrealized election pledges to reform the country’s prisons.” 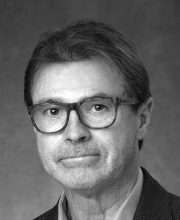