Robert McGill is currently working on an academic research project titled “The Vietnam War and the Language of Canadian Nationalism” and as is his habit, his academic life and literary life reflect one another. His latest novel, Once We Had a Country, tells the story of American draft dodgers making a life in Canada, and their concern for a missing father, a missionary stationed in Laos.

Lauded by The Puritan as “the powerful, sad, and touching story of a young woman trying to make her way in a foreign land” and the National Post as a “note-perfect narrative with challenging themes and sure-handed characterization,” Once We Had a Country was included on the best of 2013 lists of both the National Post and the Montreal Gazette.

The Mysteries, his first novel, made Quill and Quire’s top five Canadian fiction books of 2004. Academically, his articles have won numerous awards, including the Juliet McLaughlin Prize and the George Wicken Prize in Canadian Literature. His first non-fiction book, The Treacherous Imagination: Intimacy, Ethics, and Autobiographical Fiction, is forthcoming.

Born and raised in Wiarton, Ontario, a graduate of Queen’s University, and a Rhodes scholar, Robert now teaches Creative Writing and Canadian Literature at the University of Toronto. 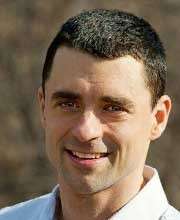 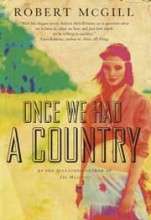