Reading the Bible Backwards is Robert Priest’s fifteenth book of verse. On his website, he calls himself “the poem painter,” but he also goes by the alias Dr. Poetry on CBC’s Wordbeat, where he is as famous for his dynamic performances as for his delectable turns of phrase. Canadian novelist Barbara Gowdy describes him as “the voice of the people and the angels, entwined.”

An irrepressible performer, Robert is a song-writer, playwright, novelist, and trumpet player as well as a poet. He is “imaginative in a strange way,” writes the Oxford Companion to Canadian Literature, “he takes inordinate chances with logic, countering absurdity with absurdity and expanding our sense of human emotional possibilities.”

Robert’s work ranges from the children’s book The Secret Invasion of Bananas, to the Chalmer’s Award-winning musical Minibugs & Microchips, and the ballad A Song Instead of a Kiss – brilliantly performed by Alannah Myles. He has published 11 books of adult poetry, including How to Swallow a Pig, and four works for younger readers. Among his widely-quoted aphorisms is, “The most dangerous people are the obedient!”

Robert won the Milton Acorn Memorial People’s Poetry Award for The Mad Hand in 1990. His young adult novel, Knights of the Endless Day, adapted from his play of the same name, received a Special Choice Award from the Canadian Children’s Book Centre.

According to Now magazine, his poems “beautifully capture the rainbow of emotions that comprise the human spirit…intoxicatingly lovely!” Robert Priest was born in Britain and now lives in Toronto. He is an experienced teacher of creative writing and has appeared at schools and festivals across the country. 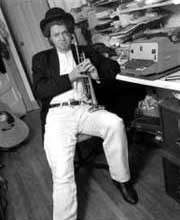 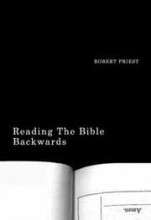